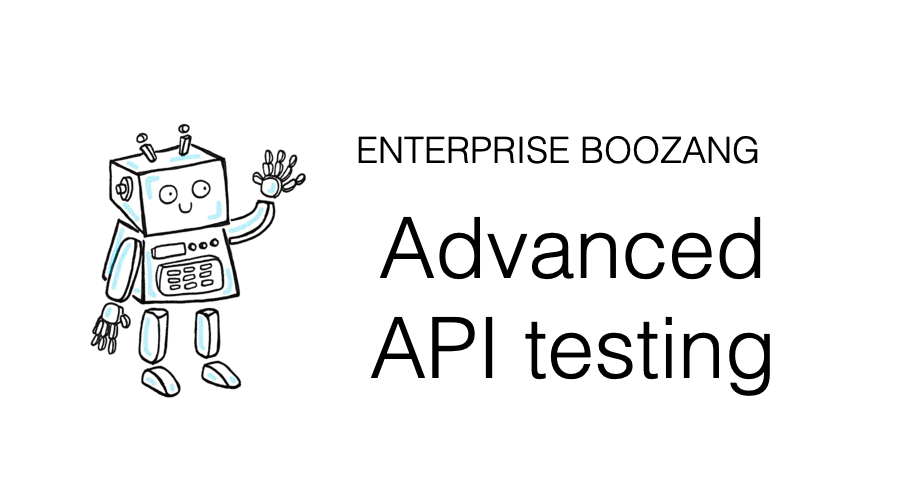 We are really excited to announce that Boozang now provides unlimited API testing for FREE so I’m reposting some relevant blog posts.

By introducing a new set of API testing features in Boozang, we provide a single browser-based solution for both API and UI tests, allowing for a unified testing process based on Cucumber / BDD, fully integrated to JIRA / XRay.

Most people will agree that Postman stands out as the option most people will turn to when it comes to API testing. It’s easy to get started and relatively user-friendly. For more extensive end-to-end tests, we have found some limiting factors where Postman falls short.

In Boozang, we support all these use-cases. But we still lacked ease-of-use and debugging capabilities. In our latest feature release, we have tried to improve this significantly.

We have also launched features that will allow you to easily migrate between other tools, such as Postman and JMeter. This way, it opens up for collaboration within an organization where different tools are used. Also, it greatly mitigates any lock-in concerns.

A note on test types

In Boozang, two of our test types supports API calls

Note: Nothing would stop you from using only regular tests, but for housekeeping purposes, we recommend that you utilize the API test type if you know you will not be adding UI interactions.

To create an API test, you will need to have a module created. In the below image, you can see that a generic module called “JSON-server” has been created.

When creating an API test, an API action will automatically be added to the test. An API test can have several API actions, which will be executed in a sequence, similar to clicks and validations in a UI test.

An API action can also execute several API calls. This means we have an unusually intricate hierarchy, with the following one -> many relationships (denoted -*>).

This might seem overly complex, but there is a reason for this complexity. Boozang was built to be able to run complex end-to-end API call flows alongside UI actions.

As a single UI action can trigger many API requests, this structure allows us to keep a one-to-one mapping between UI actions and API actions. Another bonus is that API load tests, that are set up on a per-action basis in Boozang, can support complex load scenarios, comprised of many API calls.

Click “New API test” within the selected module. Besides the name, make sure you select the API host. If the host isn’t shown, make sure it’s set up under Settings-> Environment.

Start by creating an API test from scratch. We will see the following view.

The view is divided into an upper part and a lower part with sub-tabs.

As both of these API calls are used to create a single product, consider grouping them as two calls in the same “Create product” API action.

Set the HTTP method and the end-point for the API call here.

In Boozang, you typically want to use JSON data (Object data) for REST APIs. In this case, make sure the content-type is set to “application/json”.

For each API call, you can configure the request details in the sub-tabs

If you choose to use an authorization token from the UI interface, you’ll need to set up the Retrieve token test-case using Boozang AI authorization. This can be setup in Settings -> Environments.

Remember that you can use dynamic data from all data scopes here ($project, $module, $test, $parameter). This is useful to carry over data from a previous API test (or call), or even a UI test.

The request URL queries can sometimes be a little messy. Use the query editor to be able to add URL parameters using the JSON or key-value editor.

Use the script window to validate the response and assert if the API call is successful or not. Note how returning true means success and false means failure.

The key data structure here is $result. This contains the whole result payload that is being returned. The following things can be accessed from the $result

This way they will show up in the Boozang console window (and the Chrome console).

This script is not limited to only validating HTTP response codes, like in the default script. In below example the script validates that the response id is a number. It also saves the response id in a temporary variable ($test.response_id).

Before running the test, make sure its setup correctly using the this tab. You can try using different data-sets. A green check-mark will show if the request was successful or not. Note how a checkmark appears on the script tab as well. This shows if the script returned true or false, which will be the exit status of the API call.

You can add an additional API call using the plus (+) icon. As you can see, you can also, copy, paste, delete, and disable API calls in this menu.

How to use the API UI

The best way of getting to know the API UI is to test it out on a familiar API. The layout should be familiar enough to Postman users, and to new users, it is recommended they try it out on an API placeholder service such as JSON-server.

A note on imports

Boozang now supports importing API calls. As an API call needs an API action, it’s ideal that the user starts by creating an empty API test as a starting point.

To export the API call from Postman, use the Source code view in the below image.

Importing the API call to Boozang

Simple copy-paste the text content from the Postman window to the Boozang window according to the below image.

Remember to verify that the correct format is selected.

As most tools don’t share the API test hierarchy, we support export of individual API calls rather than whole API tests. Just like in Postman, API calls can be dependent on dynamic data from Boozang variables, and as these variables might not be meaningful outside Boozang, the export needs to be done using real data.

As you can see from the above image, the export therefore happens from within the Try-tab, where the user can pick the values used.

After clicking the “Export” button, the user chooses the export format

Using the cURL export function is very useful when troubleshooting, as it can be run from command-line. That’s why this should be the format of choice when opening a ticket to a team that doesn’t have access to the Boozang tool.

Boozang is focused on solving these kind of problems, using a single browser-based solution. As we support BDD / Cucumber and JIRA / XRay integration we enable a unified testing process where Gherkin business language can be used for all tests, regardless if it’s manual, UI tests, or API tests.

By having a unified testing process instead of a siloed approach, tools such as JIRA and XRay can truly be utilized, allowing for improved output from the whole organization, not just the Quality Assurance team.